Enzyme Immunoassay for the quantitative determination of anti-streptolysin O in human serum and plasma.

Aid in the diagnosis of streptococcal group A infection, rheumatic fever and rheumatoid arthritis. 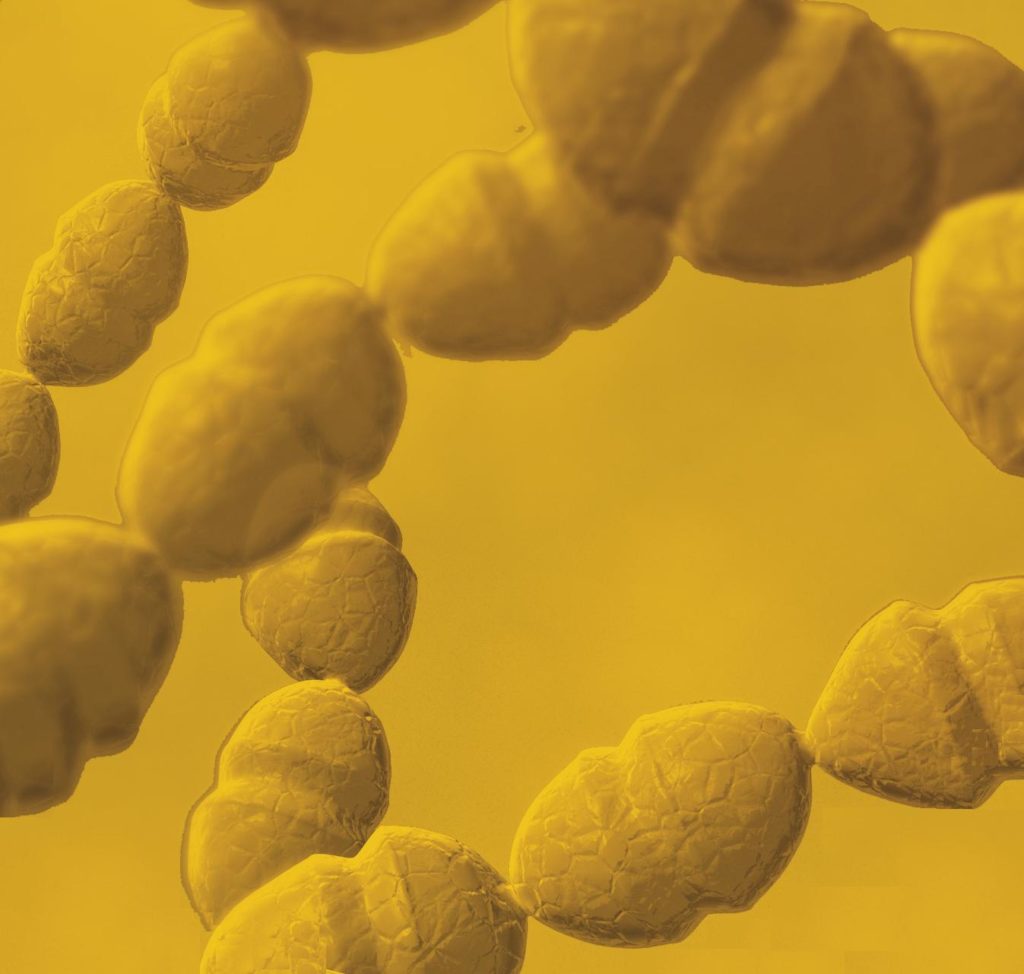 The serum titers of anti-streptolysin O (ASLO) may be of important diagnostic value in patients having a recent streptococcal group A infection, since the sequels of such infections include rheumatic fever, glomerulonephritis and erythema nodosum.

Increased titers of ASLO develop after the second week of infection and reach a peak in 4 to 6 weeks: this peak usually occurs shortly after the onset of rheumatic fever.

ASLO is present in most individuals in low titers since streptococcal infections are common. Therefore, comparison of ASLO titers at (bi-) weekly intervals yields more valuable information than a single determination. 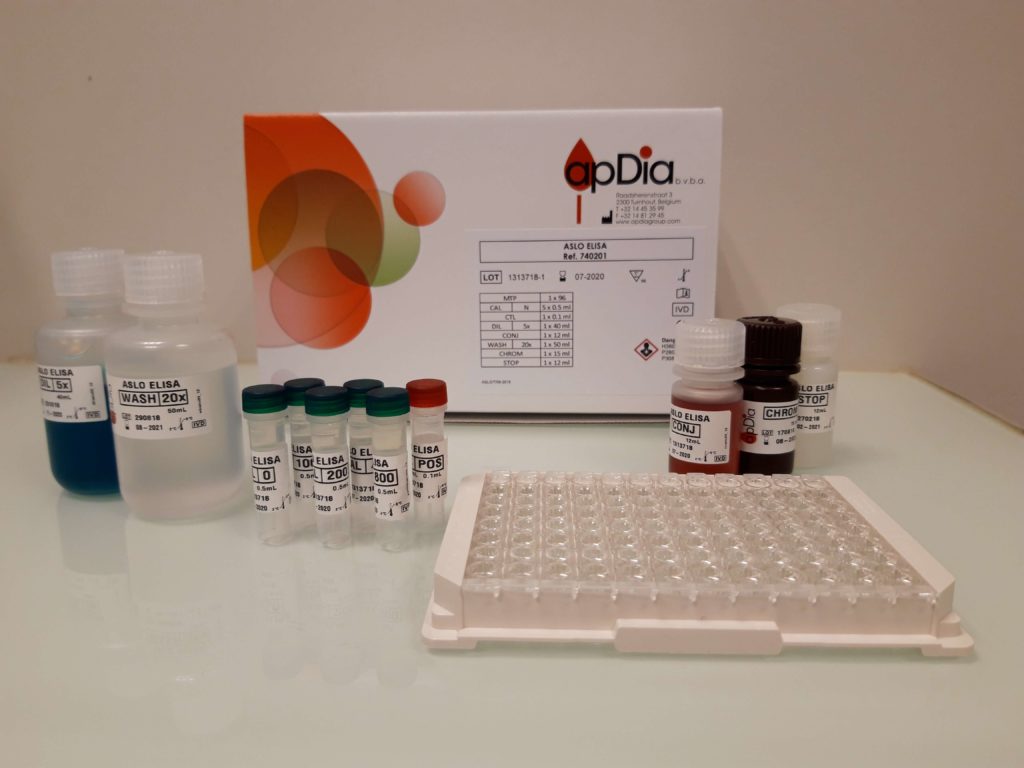 Elevated or increasing ASLO titers are indicative of recent infection. The test is considered a valuable aid in the differential diagnosis of early rheumatic fever and rheumatoid arthritis (in which it is not elevated), when the clinical picture is not decisive.

The apDia ADM ELISA uses a highly specific monoclonal antibody – Clone 40D8, developed at the K.U. Leuven – that only detects adalimumab). Other anti-TNF drugs (for example infliximab and golimumab) do no interfere with the measurement. Biosimilars of Humira® (Amgevita®, Imraldi®) are equally well quantified in the apDia Adalimumab ELISA.

As an example of TDM, the use of adalimumab trough concentration measurements in inflammatory bowel disease patients is described.

The ELISA kits offered by apDia are validated on open ELISA automates such as the Dynex Instruments.

This website uses cookies to improve your experience while you navigate through the website. Out of these cookies, the cookies that are categorized as necessary are stored on your browser as they are essential for the working of basic functionalities of the website. We also use third-party cookies that help us analyze and understand how you use this website. These cookies will be stored in your browser only with your consent. You also have the option to opt-out of these cookies. But opting out of some of these cookies may have an effect on your browsing experience.
Necessary Always Enabled
Necessary cookies are absolutely essential for the website to function properly. This category only includes cookies that ensures basic functionalities and security features of the website. These cookies do not store any personal information.
Non-necessary
Any cookies that may not be particularly necessary for the website to function and is used specifically to collect user personal data via analytics, ads, other embedded contents are termed as non-necessary cookies. It is mandatory to procure user consent prior to running these cookies on your website.
SAVE & ACCEPT